https://github.com/JustinTimperio/warp-cli This tool is still under development. Please feel free to submit any bugs or feature requests.

WDT is designed to provide the highest possible speed when transferring files(to be only hardware and network limited). WDT provides many advantages over most file transfer protocols including: native concurrency, end-to-end encryption, IPV6 support, and the ability to easily achieve +40Gbit speeds when supported. Unlike most file transfer solutions (Except NORM) WDT provides a native parallel solution for transferring files by separating files into chunks then queuing them across an arbitrary number of threads and TCP connections. In most cases, file transfer times are dramatically reduced compared to traditional methods like FTP or HTTP.

While WDT provides several benefits, it requires a lengthy build process making it unsuitable for one time transfers. Additionally, if you are already using a modified version of SSH such as HPN-SSH, you are likely to see smaller performance gains comparatively. Since WDT is designed to fully saturate even the highest-end hardware, it is likely to overwhelm even enterprise networking hardware. Please consider this when transferring more than a 1TB of files.

Below are timed downloads(in seconds) over my personal network which is 1 Gigabit. Each progressive transfer increases the total size of the transfer in GB, while reducing the total number of files being transferredf. WDT easily maintains near full 1 Gigabit saturation across all 3 transfers while HPN-SFTP and SSH struggle to transfer multiple small files(single-thread limited). With encryption disabled HPN-SSH reaches full saturation when transferring large files, while stock SSH continues to struggle under heavy load. If you have access to +10 Gigabit networking hardware you can expect WDT to scale to ~40 Gigabit and HPN-SSH to scale to ~10 Gigabit. 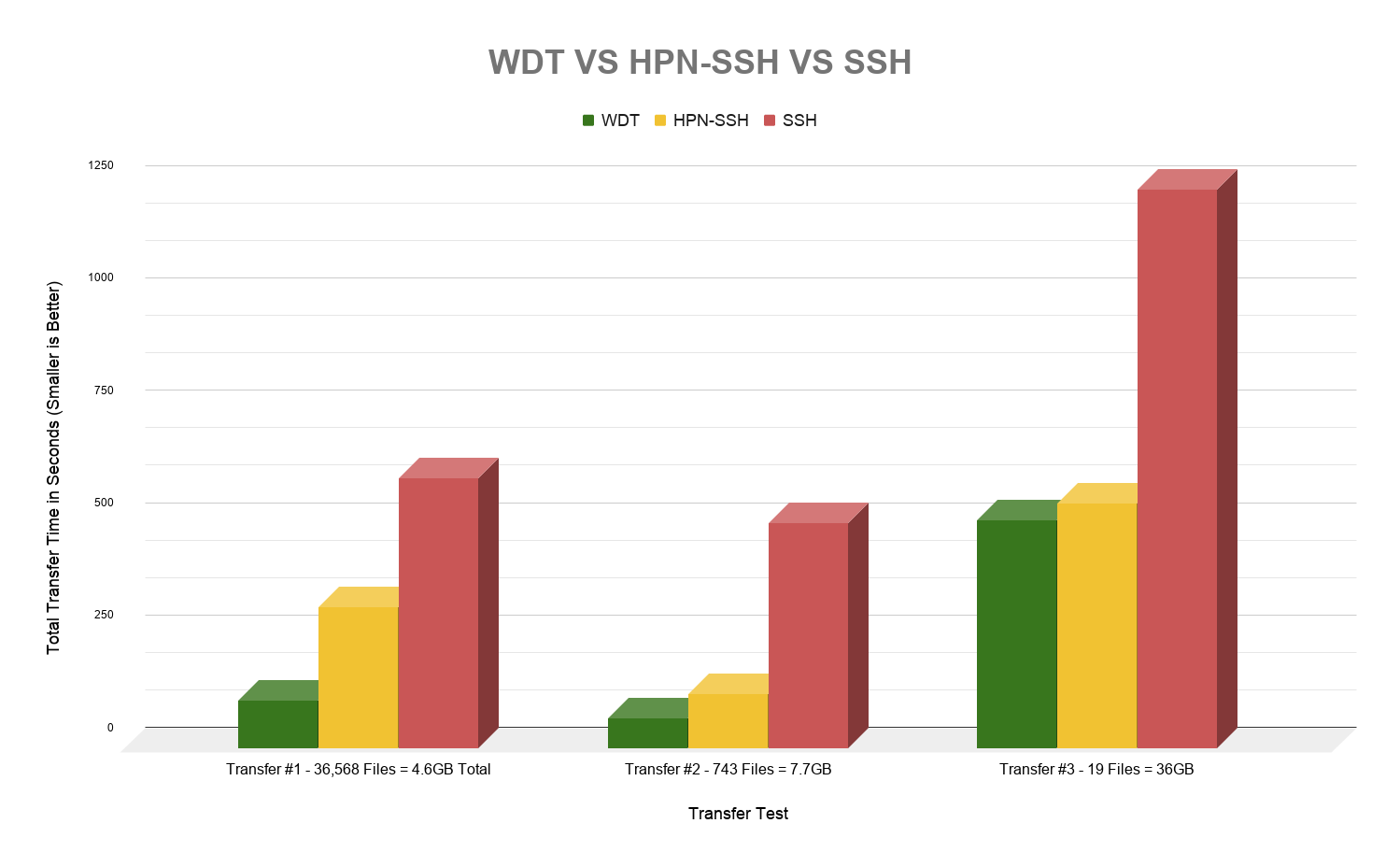 Warp-CLI is mainly a wrapper for the limited existing CLI app provided by WDT. While the tool works extremely well, building performant commands for daily use is often unwieldy.

Warp-CLI shortens this command to:

Warp-CLI also includes a macro system for repeating custom transfers with a single command. Macros are stored transfer commands (kept in ~/warp-cli/macros) that are invoked with warp -m macro_name.

To generate a macro:

This macro can now be called with:

Warp-CLI features a number of shortcuts that attempt to make sending files as trivial and intuitive as possible. Additionally, warp.py can be imported into any python3 script, which provides more granular control over transfers. To see a list of all available options use wdt --help | less.

To provide optimal performance, Warp-CLI throttles transfers to ~90% the capacity of a standard 1 Gigabit NIC by default. This is done because WDT WILL fully saturate a 1 Gigabit NIC to the point that other sessions open on the machine will timeout and crash. You can set this throttle to unlimited by using --throttle_speed=-1.

Warp-CLI provides a number of utilities to streamline the daily use of WTD when sending files in high frequency.

Since WDT requires multiple dependencies, Warp-CLI attempts to provide a fully automated installation process for as many linux flavors as possible. If your flavor is not supported, please refer to the manual install documentation, Once you install WDT and its dependencies Warp-CLI will function normally.

To install WDT and Warp-CLI automaticly on your machine:

So far, automatic installation is available on:

WDT requires CMAKE version > 3.2 or greater, making it incompatible on:

Warp-CLI will remove itself from ~/warp-cli but WDT will remain installed.

Warp uses ssh to securely share connection URLs via a standard Linux pipe. It expects the use of an RSA key, which does not require a user password. While it is possible to use PAM authentication or key passwords, I have not yet added this as a feature.

Warp-CLI uses the recommended method for transferring URLs except for the command to send directories between two remote machines. URLs are returned to the host rather than being tunneled through the remote machine to the next remote machine. This allows two remote servers to transfer files between one another without having the permission needed to connect directly via ssh. 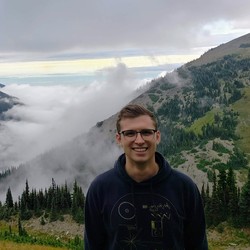